Treat every caller the way you want to be treated.

From the South, Follow CA-1 North to exit 438 for 41st Ave toward Capitola. Turn Left on 41st Ave and follow until Gross Road. Take a right on Gross Road, then turn right on Soquel Ave. Our office is on your left, suite 2.

From the North, Follow CA-1 South to Exit 439 for Soquel Ave. Turn Left on Soquel Ave and follow for about 3 ½ blocks. Our office is on your right, just past the Santa Cruz County Sheriff’s office – we share a parking lot!

Get dialed in with
24/7 Answering Service Solutions

Southwest Answering Service is more than just a smart, easy, and affordable way to manage your calls. We want to ensure that we live up to being a true business partner by providing personable answering service and virtual receptionist agents delivering first-class support to you and your customers. From message forwarding to appointment scheduling or order-taking, our agents are always on call, ready to provide exceptional customer service. Whether you are reorganizing your business priorities, trying to cut costs, or just want to spend some extra time with your family, you’ll never miss another call. Whatever your needs, Southwest Answering Service is much more than just a typical call answering service—we’re your answering service. 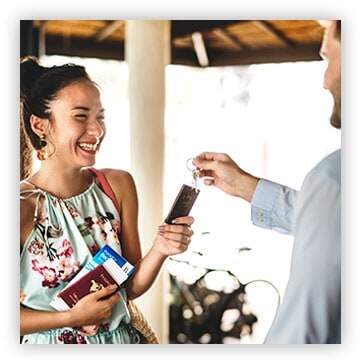 You’re in good hands – day and night. Our 24/7/365 answering service team gives you a professional, friendly customer service expert ready to warmly greet your callers and deliver messages to you seven days a week.

Southwest Answering Service is truly part of the California business scene. With our three answering service facilities right here in California plus multiple regional offices, you can be sure that your business has the advantage of utilizing and supporting your community, not some offshore dialing farm.

Southwest Answering Service knows how much you value your customers, and we want to keep them happy just as much as you do. The positive attitudes and hospitality of our agents will be sure to warm your customers like a beautiful summer night. Our tireless staff works day and night to ensure that your customers will always be greeted with a cheerful voice and easy solutions, leaving them happy and satisfied you’re your company’s level of service.

Companies often find that hiring an answering service is an ultimate cost-cutting tool. An answering service can replace the need to hire a full-time receptionist or administrative assistant. The money saved on a salary and benefits package combined with the efficiency of never missing another call makes our service second-to-none in terms of ROI.

It works! Our professional staff is trained to know exactly how to handle each call to best suit your needs. With 24/7 service you can feel confident knowing that customer service is being handled even after hours, generating business, and serving customers when you aren’t able to.

Fits Businesses of All Sizes

Whether you’re on the job site or at the office, customer communications are key to your business. We give you another tool for your toolbox – so you’ll never miss a new opportunity. Our professionally-trained specialists deliver a custom-built, cost-effective and personal voice for your new and current customers, 24/7/365.

Polite, friendly interactions handled by hard working, reliable and loyal colleagues in California and our other regional offices, so they understand the community just as you do. When you partner with Southwest Answering Service, your call center service will be exceptional.

Our clients choose us for our personal and professional service, best-in-class technology and, most importantly,
the dedication of our highly-qualified agents. Connect with us today to find out how
we can design a menu of services customized to fit your business needs.